Quick guide to getting a Civica metro card in Medellín Colombia 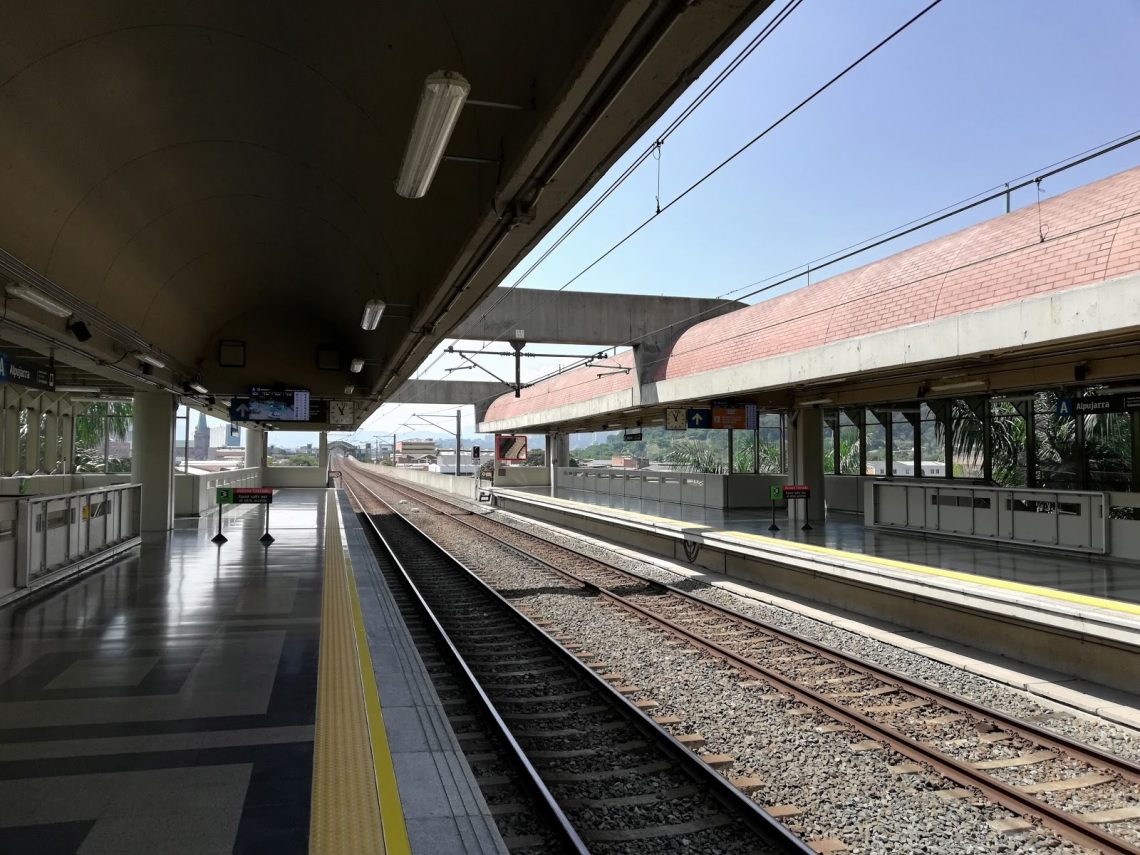 Medellín’s transportation system makes this large metropolitan area very easy to navigate and is quite affordable at less than $1 USD per trip. If you’re going to be in Medellín long enough to ride the metro (or buses) for 5 or more trips, I think you should consider getting a Civica card. Why?

A Civica metro card saves you time and money

While this card is often used on the metro it’s important to note that it can be used on buses as well. I haven’t utilized the bus system yet so this post will be focused on using it to ride the metro.

Without a Civica metro card, you’ll have to wait in line at the ticket booth each time you’re taking a trip on the metro. While not an issue on some days, more often than not there are at least 5-10 people in line, and during peak hours there are many more. Unlike a lot of cities that have installed kiosks where you can self-purchase tickets, that convenience hasn’t made it to Medellin yet (as of 2019).

Without a card, you’ll often find yourself handing over cash in exchange for a one-time use card as you hear the metro roaring by without you. You really don’t want this to happen when you’re rushing to catch the last train of the night.

While you’ll often find yourself wasting a few minutes in line at the regular metro stations, you’ll really feel the brunt of not having a card at the “special” metro stations for example Santo Domingo. This is the last line of the cable car line L and takes you all the way up to Parque Arvi.

Popular with locals and tourists alike, this park is a favorite destination on weekends. The line to buy tickets for the last leg of the trip can get brutally long. Only a week after my arrival in Medellín — and a few days after getting my Civica metro card, I found myself venturing up to Parque Arvi on a Saturday. Getting off the cable car at the Santo Domingo stop I found myself swept into a line of hundreds of people.

After waiting about 3 minutes, I decided that it would be better to abandon the trip if indeed that was the line I needed. Before leaving though, I made my way around the line to the front to see what everyone was waiting for. Lo and behold, there I found empty Civica lanes! Woohoo!

All those poor souls were waiting to buy tickets whereas due to my Civica metro card I was able to skip the line and hop right into the next available cable car. There’s no doubt in my mind that my card saved me at least an hour of waiting in line on that trip! 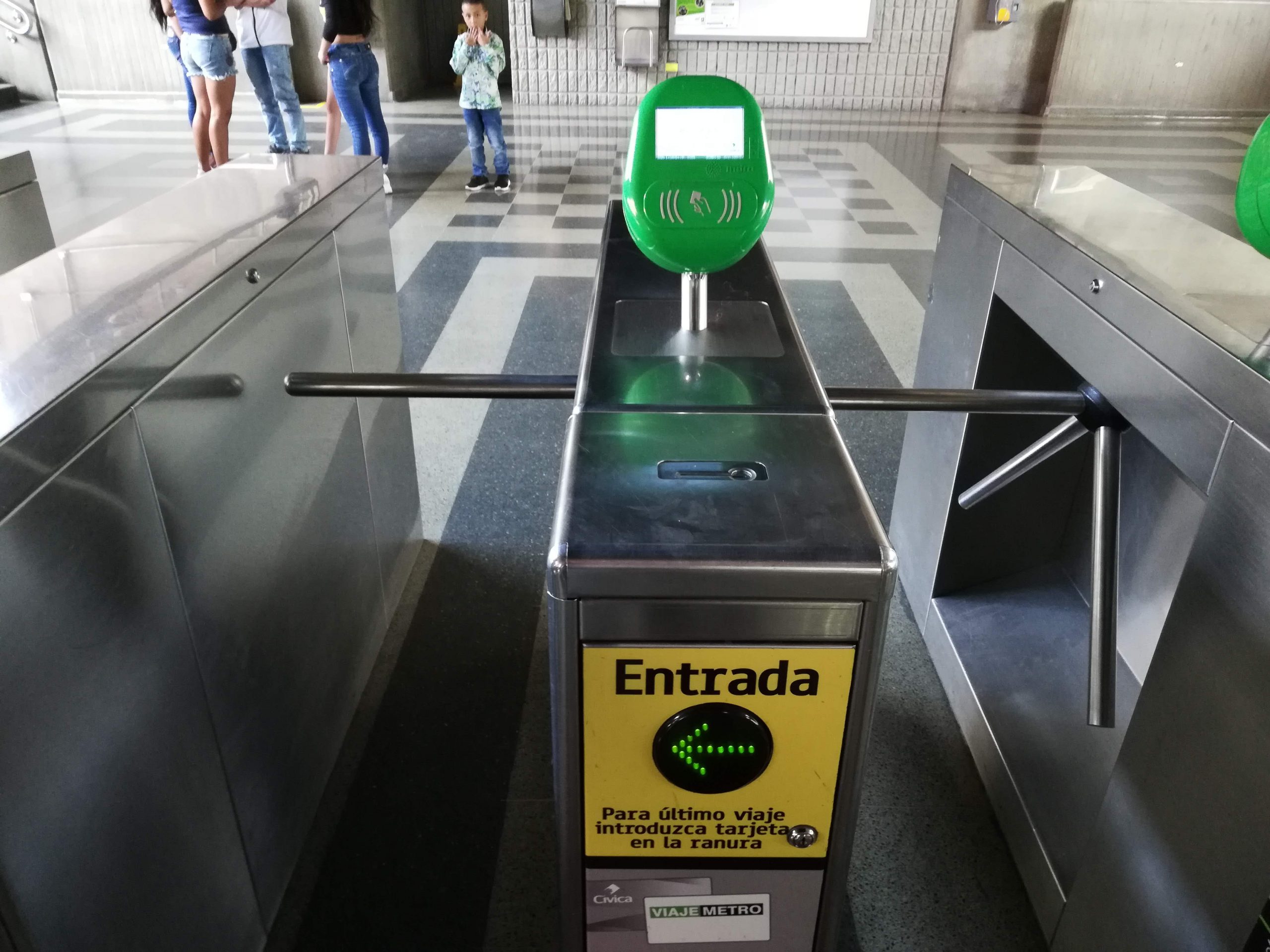 In addition to saving time, the Civica metro card will also save you money, not a ton, but it does add up over time. (Personally, I’m more about the time saved.)

On January 1, 2019, the fares were raised slightly. At the time of this writing they were:

*These are regular metro fares. Some destinations have special fares. For example, the L line from Santo Domingo up to Parque Arvi is 6,000 pesos each way ($1.85).

Let’s talk about the two types of Civica metro cards

This Cívica card is registered to you and takes a bit more effort to get. It has your name on it as well as an ID number. The benefit of this card is that, if lost, you can report it and the card will be frozen and the balance can be transferred over to your new card.

You can only get this card at specific metro stations.

This Civica card is not specifically registered to you. Instead of having your name on it, it simply says al portador on the card. If you were to lose this card, anyone could pick it up and use the remainder of the balance. A benefit of this card is that it’s quick and convenient to get.

You can get this card at any metro station ticket counter.

How to get a Civica metro card

If you’re getting a regular Civica metro card (I wouldn’t bother – see below) you’ll need to go to the San Antonio, Niquía, San Javier, or Itaguí station. You won’t be going to the regular ticket booth, but instead to the Punto de atención al cliente (PAC) booth, aka the customer service booth. These offices are open 6:30 a.m. – 8:30 p.m. Monday – Friday and 9:30 a.m. – 4:30 p.m. on Saturdays.

If you’re going to the San Antonio station from Poblado you’ll head north. When you get off on the northbound side, head up the escalators, circle around to the right all the way to the end of the platform, then go down the stairs on the opposite side so that you’re now on the southbound side of the tracks.

There are two PAC offices located on this side. They are both the same, so just pick whichever appears to have the shortest line. You’ll probably have to wait a while.

I went on a Tuesday morning around 9 AM thinking that rush hour would have died down by then but I still waited 40 minutes. That was partly due to the fact that the office was staffed with 5 customer service agents but during the course of that time they all took breaks here and there often leaving only 1 or 2 agents working despite the long lines.

For those of you wondering how complicated this is, it’s important to note that you can go through the process of getting a Civica metro card with little to no Spanish. You will need some form of identification though. I used my FL driver’s license.

When it was my turn I stepped up to the counter and simply asked, “Una tarjeta Civica por favor.” I’d only been in the country 3 days and my Spanish was rusty as all get out so I didn’t try for anything more complicated.

She asked for ID and gave me a form comprising 2 sheets of paper. After typing into the computer for a few minutes she queried me as to where the ID number was because Florida driver’s licenses have ridiculously long numbers (and I’m sure she was incredulous that that was indeed the ID).

She typed some more and then gave my license back. I had to write my name, and my driver’s license number, and then sign my name on both papers. I have no idea what they said. I probably signed away the firstborn child I’ll hopefully never have but oh well.

A few minutes later she took the papers and handed me a green card with my name and an ID number on it.

I asked her, ”¿Recarga?” with a questioning look, (boy I was rusty!), but she shook her head and pointed outside toward the ticket booth. Oy vey! So I waited 40 minutes for a card and now had to go recharge it somewhere else. Ah well… welcome to another country. Luckily the ticket booth line was short and I walked right up. I just showed the guy my Civica card and pushed it into the tray along with 20,000 pesos and he understood. (It’s interesting how much you can accomplish with charades when you don’t know the language.)

NOTE: There are some stations (like Parque Berrio) that do have machines that allow you to recharge your card without going to the ticket counter. 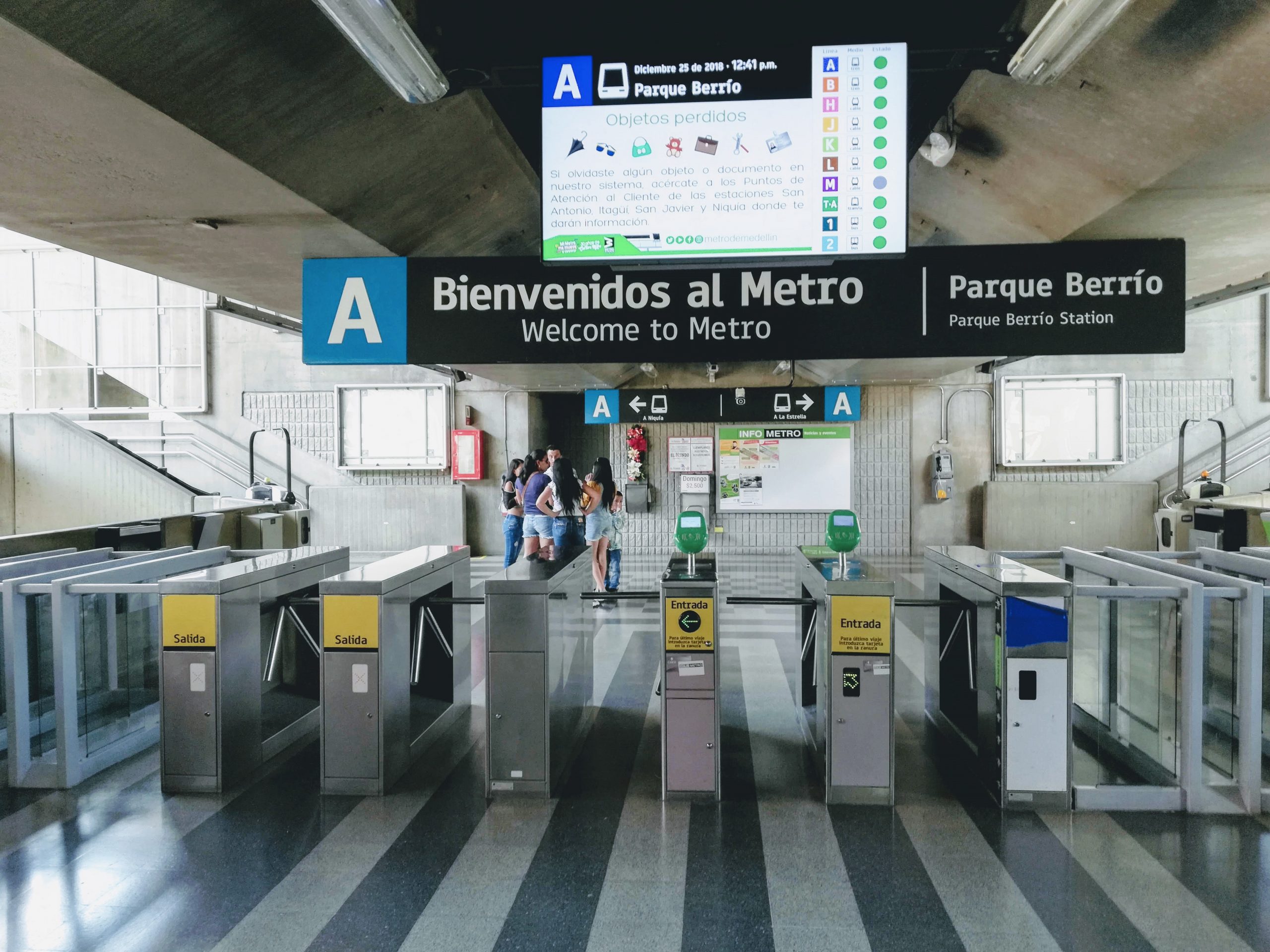 Recharging kiosks are just to the right of this area at the Parque Berrío station headed south.

How to get a Civica al portador metro card

These cards are easy to get because they’re available at any ticket booth. You can simply walk up to the regular ticket booth, request a Civica al portador, and recharge it all at once. It saves you money just like the regular one but if you were to lose it, you wouldn’t get that money back.

I’d already gotten a regular Civica card when our teacher told us about this type and my face fell … those 40 minutes waiting in line I’d never get back! Seeing as how I doubt I’d know how to report my card lost anyway with my limited Spanish, and considering I rarely recharge it with more than 20,000 pesos ($6ish USD) at a time, it wouldn’t be a problem if I lost the card. Now that you know about this option, personally, this is the option I’d go with unless you can find a Medellín local that tells you some other benefit I’m missing.

Don’t be afraid to ask for help

One final note about Civica cards and getting around on the metro. There are always a few police officers in the metro and I’ve noticed them being quite helpful when you have questions. For example, one of them quite animatedly and carefully told me where to find the customer service office for Civica cards when I first went to get mine. I’ve also seen them helping people when their cards don’t read or assisting older people who are trying to figure out how to use the recharging machines. If in doubt, ask with a smile and let your inner charades champion loose. 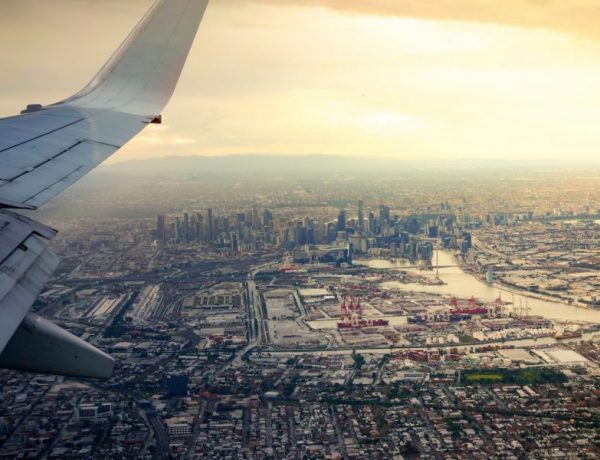 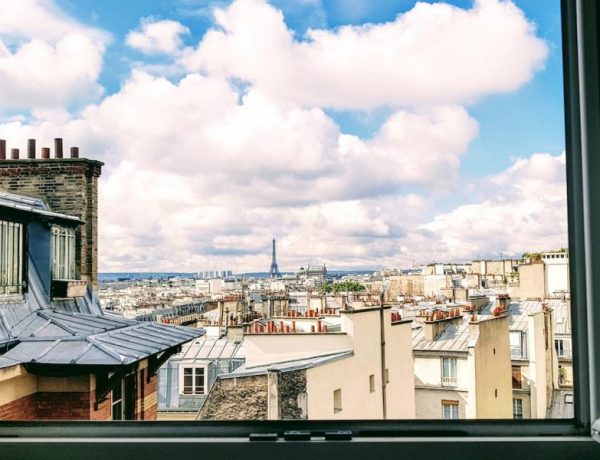 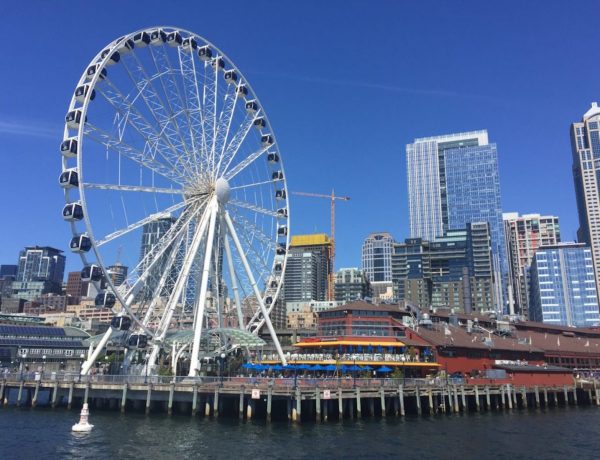 See the sights fast with a Seattle City Pass

I truly believe that freelancing is the future of

Throwback to when I decided I finally wanted to le

Cold pitching allows you to take your career into

Don't know where to start with freelancing? My on

Join my online community and take the first step t

If you’re thinking about giving freelancing a tr